Culebra measures 7 miles by 4 miles and has a population of about 2,500

There are many things to do in Puerto Rico, and a must-do is a visit to one of the Caribbean’s recently disclosed secrets and a municipality of Puerto Rico, the secluded island of Culebra. Culebra measures 7 miles by 4 miles and has a population of about 2,500, including a mix of locals and expats. It has one main town (Dewey, after Admiral George Dewey, the US naval commander who took possession of the Island for the US in 1898), one post office, one hospital, no traffic lights, a handful of bars and restaurants and the most picturesque beaches in the Caribbean.

Culebra has been gaining popularity with the media and in 2010, its top beaches were recognized as it was named by Tripadvisor as one of the Top 10 Beach & Sun Destinations in the World. In May 2010, Travel + Leisure named Culebra as one of the Best Secret Islands on Earth.

In Culebra, the most famous beach is Flamenco, a two-mile stretch of white, pristine sand.  It is the only beach on the island with amenities such as lifeguards, a camp site, showers, bathrooms, a parking area and kiosks that serve local “frituras” (i.e. empanadillas, arepas, fish, etc.) and other savory dishes and beverages. On the northern end you will encounter a beautifully painted World War II tank, which is a reminder of the US Navy’s occupancy of Culebra. For some good snorkeling, walk in the opposite direction to the “Muellecito” (little dock).

For a secluded beach with the best snorkeling and diving in Puerto Rico, hike through the dirt trail from the parking lot of Flamenco Beach to Carlos Rosario. This 30-minute trail will lead you up and down hills, through dry and arid terrain to a beautiful beach that is protected by a large reef. Wear comfortable shoes and don’t bring a lot of gear; the trek is undoubtedly worth it! Another great snorkeling spot is Playa Punta Soldado, off the southern coast of Culebra. To reach this rocky beach, a 4x4 vehicle is suggested since parts of the road are unpaved. The snorkeling here is a bit deeper and parts of the beach are not protected by barrier reef, so it is not recommended for beginners. 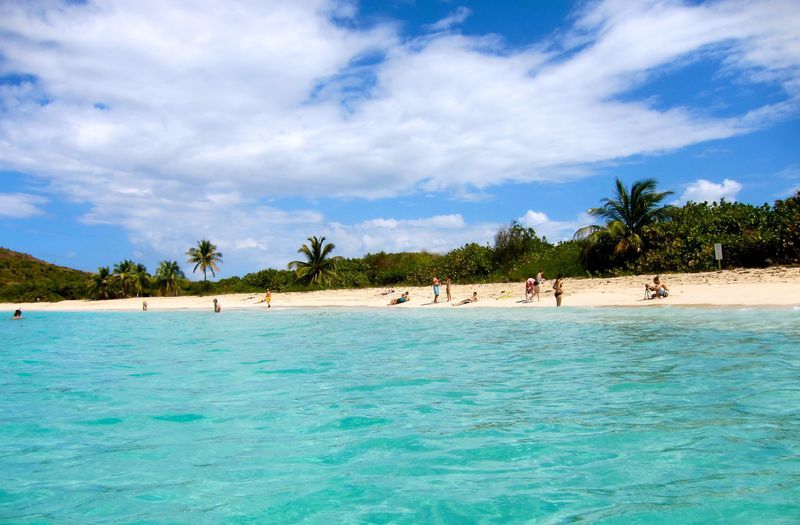 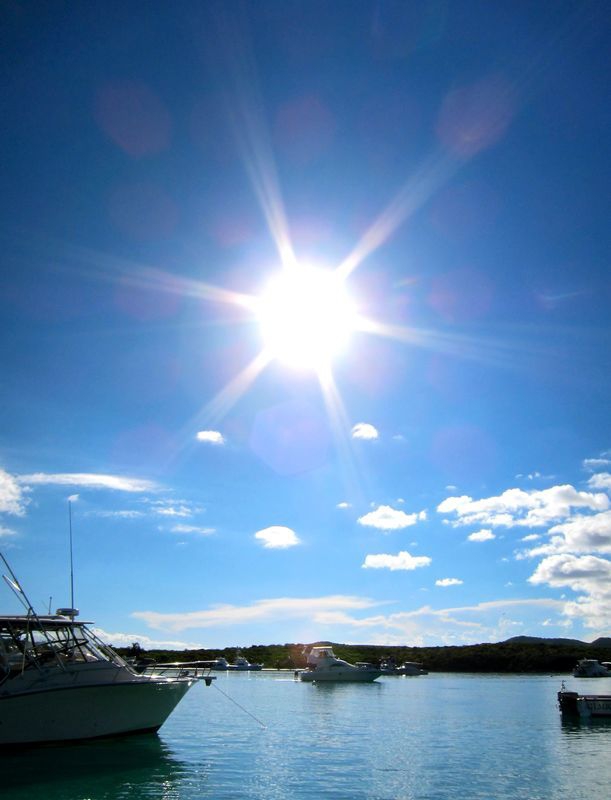 Zoní Beach on the Northeastern Coast of the Island is about a 15-minute drive from Dewey. Some say it is even more scenic than Flamenco, with beautiful white sand, crystal clear water and breathtaking views of Cayo Norte and Culebrita. It does not have any amenities but it is far less populated, making it a perfect alternative for those who want to enjoy a quiet, relaxing day at the beach. To the left there is a large open space where you can play sports or lounge around without any distractions. Between April and June, look out for the leatherback and hawksbill turtle nesting sites. (Since 1983, about one-quarter of Culebra’s land mass has been directly under the care of the U.S. Fish & Wildlife Service.  Their mission is to work with others to conserve, protect and enhance fish, wildlife and plants and their habitats).

For an off shore excursion, hire a taxi boat and take a trip toCulebrita. This small islet off the coast of Culebra can only be reached by boat, making it an exclusive beach paradise. It has the oldest lighthouse in the Caribbean that can be reached by a dirt trail. The hike is long but along the way you will encounter several cacti and species of birds. The main beach is named Tortuga Bay, for the numerous turtles that feed and nest in the bay. A shorter hike to the North will lead you to Culebrita’s famous Jacuzzis. These natural pools invite you to take a seat, sit back and relax.

Wondering what to do in Culebra apart from relaxing on the sands? Even though the island is small, Culebra boasts several restaurants that serve delectable island-fusion cuisine. For a chic dining experience, visit the Club Seaborne Restaurant where French Catalonian Chef Josemaría López prepares Novo-Latin dishes such as snapper filet pionono with cilantro sauce, churassco stuffed with pepper and their famous Seaborne Lobster. This is also the only place on Culebra where you can enjoy a private wine tasting experience. 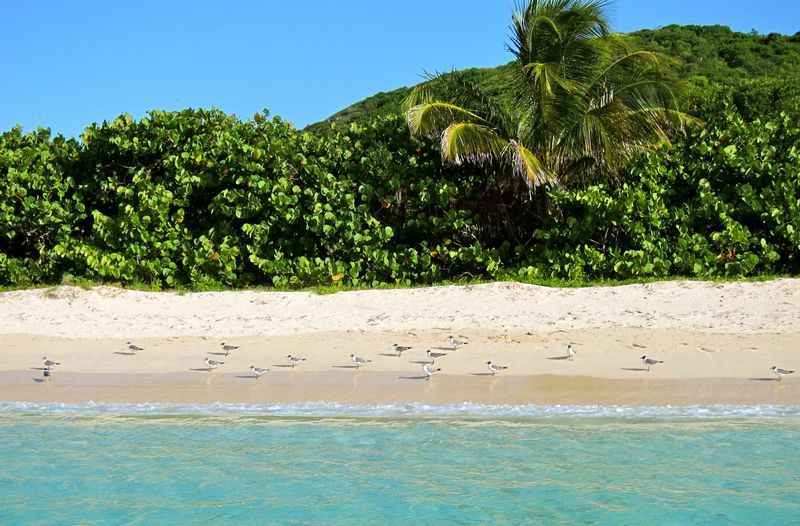 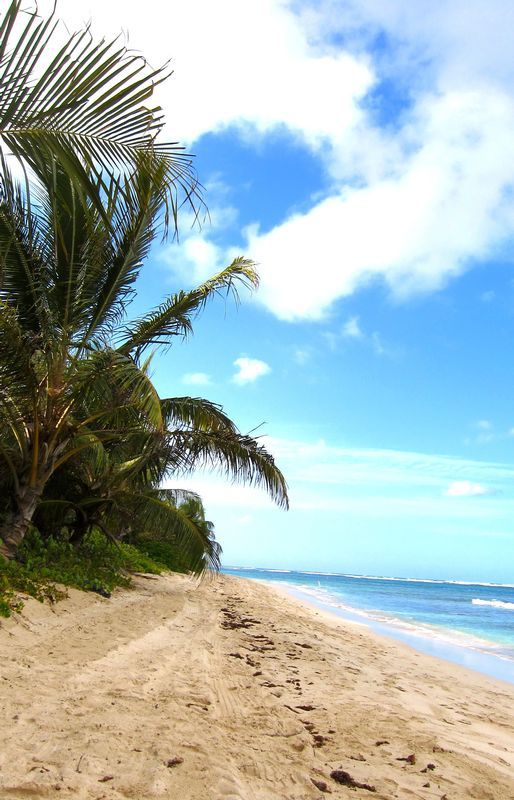 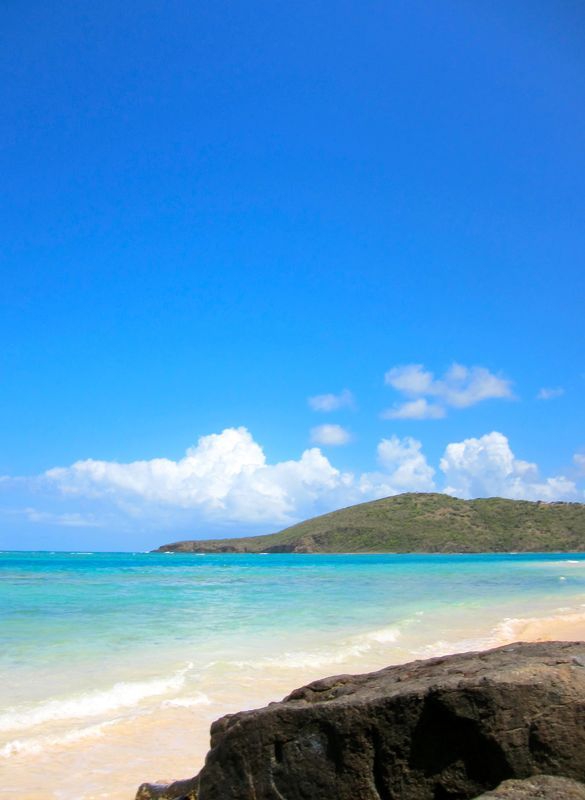 For a fun evening, visit Mamacita’s restaurant. Situated on the canal that connects the ocean with Ensenada Honda Bay, Mamacita’s allows its customers to come by foot or sea. If you have a small boat or dingy, you can dock it and hop over for some whole lobster, blackened dorado with scampi butter, swordfish with tamarind citrus sauce, among others. For an espresso, draft beer and a variety of cuisines that include Indian, Lebanese, Italian and Asian, check out The Spot owned by Swiss expats Fede and Alicia.

For a small island, Culebra has several lodging options that include inns, guesthouse hotels and private homes.

If you prefer to rent a private apartment or home, visit the homeaway website.

Coral Cove is a lovely apartment overlooking Ensenada Honda Bay and its centric location allows guests to walk to the restaurants, bars and shops in Dewey. You can find it on homeaway under listing 333128.

-Glass is not allowed on Flamenco Beach. The guards will search your cooler and confiscate any glass containers.

-If you decide to take the ferry, avoid long weekends and holidays. Fly from Isla Grande or Ceiba instead.

-If you decide to rent a car, it is cheaper to take your car from the main island on the Cargo Ferry. The fee for your car is $30 each way but renting a car on the island can cost you over $80 per day. Reservations must be made for the cargo ferry in advance and they run only Monday – Friday. 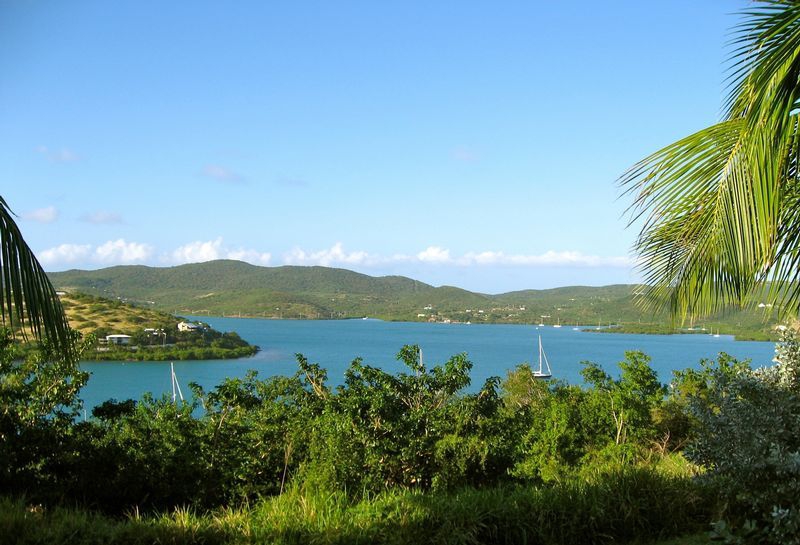 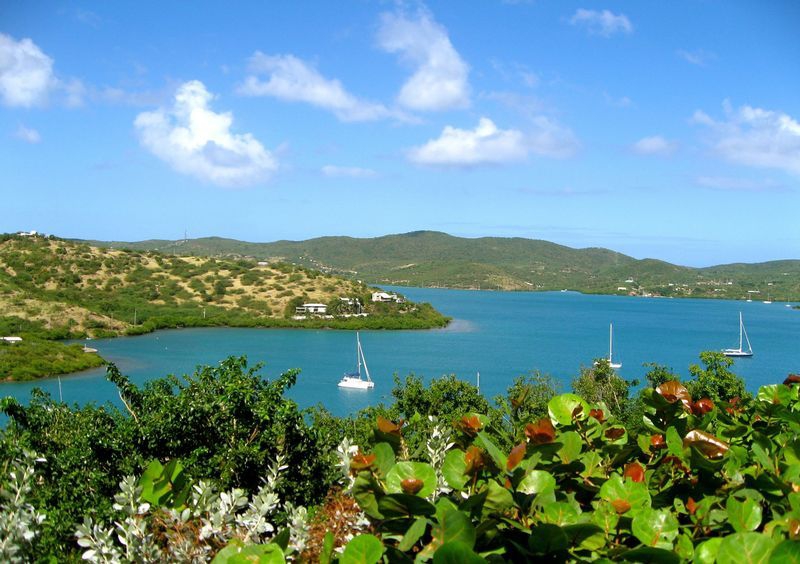 How to Get There:

Flights are available from Ceiba and San Juan Isla Grande. If you are on a budget, you can take the ferry from Fajardo.

Coolers and beach chairs are an additional $1.00

1.      From San Juan Isla Grande to Culebra (flight will take about 25 minutes and cost $68 per way via Vieques Airlink and $65 via Air Flamenco).

Paulina Salach is a writer, cultural guide and entrepreneur. She is the co-founder and organizer of the first annual Puerto Rico Restaurant Week™.