A trip to Puerto Rico just isn’t complete without exploring San Juan. With plenty of things to do, and a distinct, exotic aura, there are plenty of ways to enjoy this popular Caribbean destination. In just a few hours, you can go back in time walking through the streets of historic Old San Juan, bathe in picturesque waters and get a taste of the delectable local Puerto Rican cuisine.

Wondering what to do in San Juan? Here's a one-day itinerary that will introduce you to some of the most interesting places San Juan has to offer. A great option is to book a personalized tour such as those offered by Spoon Food Tours.

Old San Juan is best known for its narrow blue cobble stone streets, majestic walls and beautiful colorful buildings, reflective of Spanish architecture from the 16th and 17th centuries. The city is home to two impressive forts, San Felipe del Morro and Castillo San Cristóbal. El Morro, located in the northwest, became the official fort of San Juan in the 1580s and was built to protect the San Juan bay from attack by sea. Castillo San Cristóbal is the biggest fortification in the Americas, built over 150 years to protect El Morro and the city from land attack.

Begin your tour with a leisurely stroll westward from the docks, along Paseo de la Princesa, a broad brick promenade dating back to 1853, enjoyed by the gentry in the Spanish Colonial era. Today, the pathway is lined with beautiful gardens, several sculptures and even a quaint open-air restaurant, Café la Princesa. Stop in for a mofongo de yucca filled with skirt steak and a side of arroz mamposteao. Next to the restaurant, you will encounter the current Puerto Rico Tourism Company, which may give you some more inspiration for your continuing tour of Puerto Rico. The building dates back to 1837 and served as a prison until the 1960s. Past the tourism company stands Raíces (Roots) Fountain, a stunning bronze fountain that represents the three cultures that make up the Puerto Rican: Spanish, Taíno Indian and Western African. It was built in 1992 to commemorate the 500-year anniversary of the New World.

As you continue to walk along Paseo de La Princesa, the city wall becomes taller and more magnificent. The colonists began building the city wall in the 1630s to protect the city from attack. When it was completed nearly 200 years later, the massive fortification encircled the entire city with a 3-mile long radius. Continue along the perimeter of the wall until you arrive at the San Juan Gate, the last remaining of the old entrances to the city.  Through the gate lies the wonder of Old San Juan; the architecture and the beautiful blue cobblestoned streets that will amaze you. At the end of the street is the San Juan Cathedral, the oldest structure in San Juan and the second oldest cathedral in the Americas. 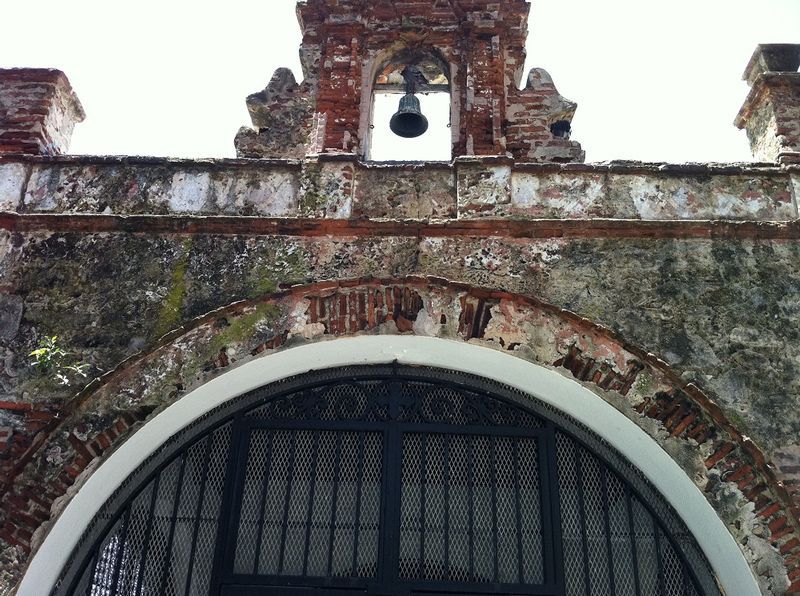 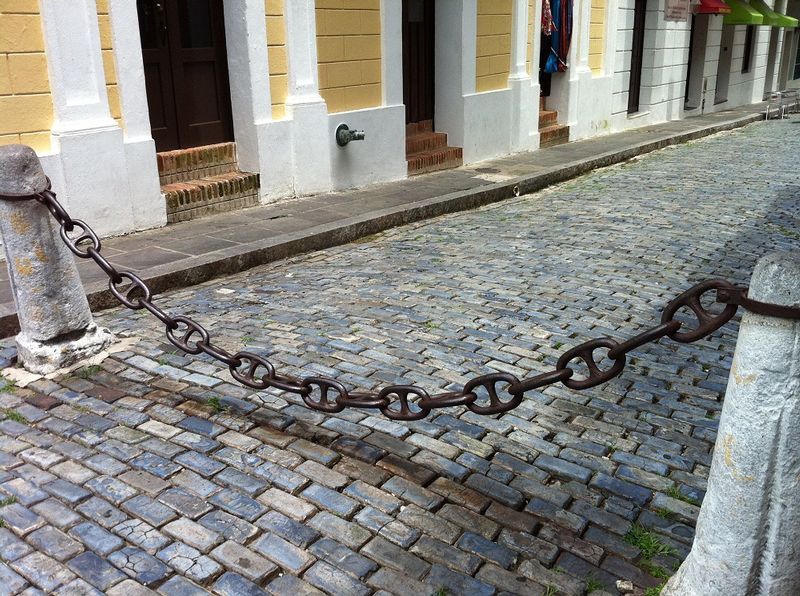 Diagonal from the Cathedral stands El Convento Hotel. It was the first Carmelite Convent in the Americas and housed the nuns for over 252 years until closing a few days before Christmas in 1903. In January 1962, it was opened as El Convento Hotel by Robert Woolworth, heir to the Woolworth fortune. Today, it represents old world charm and splendour and is an example of Spanish colonial design and architecture. The hotel maintains a high standard of luxury and style and is one of the best luxury hotels in Puerto Rico. For a cold craft beer, stop by Pizza e Birra, located on the hotel grounds. To quench your thirst, the restaurant offers over 80 craft beers from all over the world.

Across from Hotel el Convento you will encounter Rosa de Triana, an authentic and rustic Spanish restaurant. Located in what was once the mayor’s home and city hall, Rosa de Triana serves some of the best Spanish fare in town. Try the gambas al ajillo, garbanzos con chorizo and of course the paella! Pair your meal with the homemade sangria and end with a green apple chupito. Every Friday and Saturday evening you can enjoy a live Flamenco show.  Reservations are recommended. ¡Olé!

Continue to walk up Calle Cristo until you reach Norzagaray Street past Plaza San José, the oldest of the city plazas. Just past this plaza is the Quincentennial Plaza and Ballajá. Make a left and head towards the fort San Felipe del Morro; doors open at 9:00 and close at 18:00 daily.  After touring El Morro you can return to Norzagaray Street and head east to San Cristóbal Fort or head back down Calle Cristo. When you reach Fortaleza Street, the main shopping street in town, look right at the beautiful white and blue building. It is known as La Fortaleza and houses the governor’s mansion.

Once you reach the end of Christ Street you will face La Capilla del Cristo (Christ’s Chapel). The Chapel, now a religious museum open on weekends, was constructed in the 1750s. Above the gold and silver altar, which can be seen through the glass doors, hangs a painting of the Christ of Good Health by famous Puerto Rican painter, José Campeche.

End your tour by walking along Calle Fortaleza, the main commercial street and the best place for shopping in Old San Juan. It is lined with shops, jewellery stores and restaurants and will lead you to Plaza Colón.  If you are hungry, end at Café Puerto Rico for some more local cuisine.  The wait might be long at times but it’s worth it! 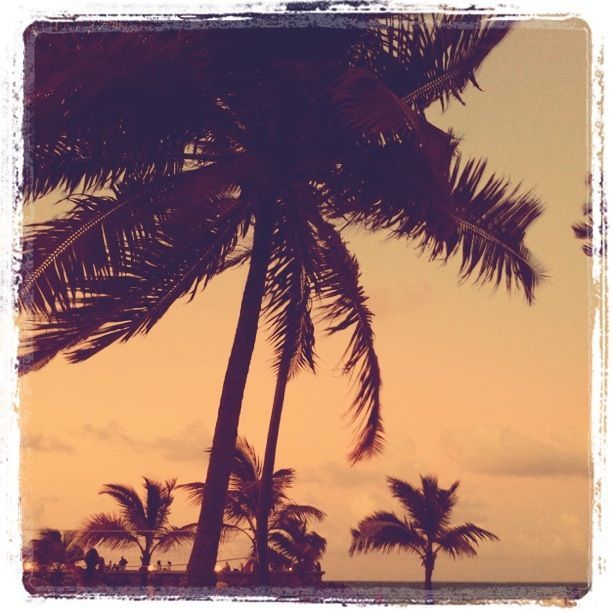 Rent a car (there is an Hertz desk in the Sheraton Old San Juan across from the piers) or hop in a taxi and head to the beaches of Condado, Ocean Park or Isla Verde. There is a quaint little beach just over the Dos Hermanos Bridge on Ashford Avenue next to the Conrad Condado Plaza Hotel. Park in the hotel and enjoy a few hours of fun in the sun. Another nice beach is at Taíno Park just past Blonda Restaurant, also on Ashford Ave.

The beach at Ocean Park at the “Ultimo Trolley” is well located, with a parking area nearby. Just follow Ashford Avenue east, which will convert into McLeary Street, follow McLeary to the end and turn left. The beach will be straight ahead. If you follow the road along the beach and make the first left through the residential area you will link up with Isla Verde Avenue. There are several openings to the beach along the avenue; the best access is through Tartak Street.

Looking to try some top Puerto Rico restaurants? There are endless choices for food and drink all along Isla Verde Avenue. For a nice ambiance on the beach, visit Café la Plage, a beautiful restaurant in The Beach House Hotel. It’s a perfect place for afternoon drinks. Restaurants in the Ocean Park Area include Mango’s, Pamela’s and Follaje. 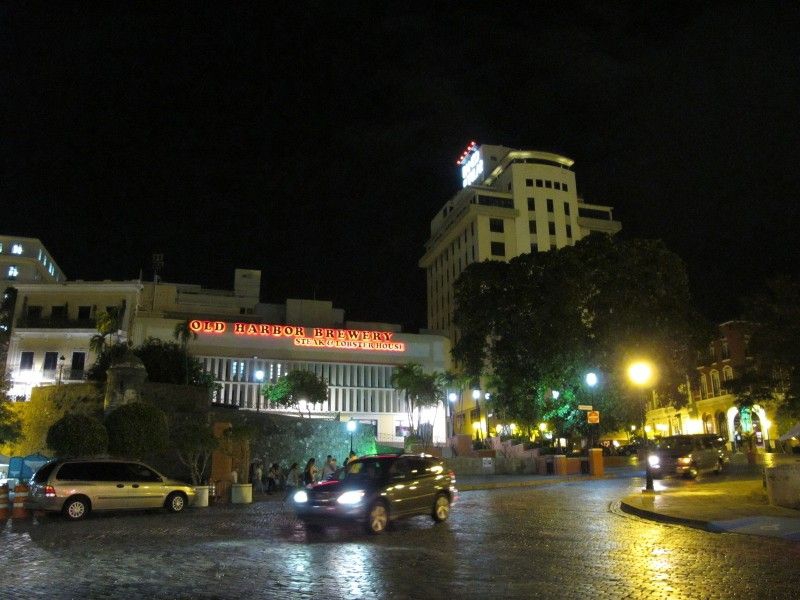 Just past the city of Carolina and the Luis Muñoz Marín International Airport lies Piñones, an area rich in tradition and great local food. Taking the Avenida de los Gobernadores (Route 187) over the Boca de Cangrejos Bridge you will enter Piñones, an undeveloped stretch of beaches, mangrove forests, palm trees and of course wonderful food, drink and music. As you enter Piñones you will pass several little shacks (kioskos), restaurants, bars and souvenir shops. If you are looking to try the local delicacies any of the local kioskos will do.

As you enter the town, on your left you will encounter Donde Olga. The restaurant serves a great variety of local dishes including traditional fritters. They have several tables and the staff is very friendly. Further down the road on the left is Soleil, which is more of a traditional restaurant/bar. Head upstairs to enjoy the breath-taking views of the ocean. Just past Soleil on the right is Cocoy’s Place, only open on weekends, featuring Karaoke on Sundays. Continuing on 187 past playa Aviones you will find another local hotspot, “El Boricua”; be prepared to wait in line as it is always crowded but well worth the wait! The alcapurrias de jueyes are excellent and always freshly fried. Get your food and drinks to go and take them across the road, to playa Chatarra, a favorite for local surfers. So find a palm tree to sit under and enjoy your food while watching the surfers ride the waves.

A guide to the food you will find in Piñones

Alcapurrias – Fritters made from a mixture of ground yautia (taro root) and seasonings forming a smooth paste which is then shaped using sea grape leaves and filled with picadillo (ground meat), jueyes (crabmeat), bacalao (salt cod) or camarones (shrimp) and then deep fried.

Bacalaítos – Bacalao (salt cod) pieces mixed with flour, seasonings, cilantro and water. The resulting paste is deep fried until crispy on the outside and tender within.

Piononos – Usually ground meat placed on a ring of Platanos Maduros (ripe plantain) and then surrounded by strips of more ripe plantain forming a cup - the cup is then topped with beaten egg and deep-fried.

Agua de Coco Frío – Ice-cold coconuts are ubiquitous in Piñones. Order one and it will be opened for you with a machete, and served with a straw so you can drink it right out of the shell. When you are done, ask that the coconut be opened so you can enjoy the tasty coconut meat inside.